Richard Gautier was born in Culver City, California on October 30, 1931. He served in the Navy before becoming a stand-up comedian. In 1960, he was working as a nightclub comedian in New York when he was cast as Conrad Birdie in the Broadway musical Bye Bye Birdie. The role earned him a Tony nomination. This started his career as a comic actor where he was best known for his recurring role as the robot Hymie on the television show Get Smart. His television credits included Marcus Welby, M.D., Murder, She Wrote, The Mary Tyler Moore Show, Bewitched, Happy Days, Gidget, and The Love Boat. He also appeared onstage in touring productions including The Music Man and in movies including Divorce American Style and Fun with Dick and Jane. Later in life, he specialized in voice-over work on cartoon shows including The Transformers, The Smurfs, and G.I. Joe. He was an accomplished caricaturist and the author or co-author of several books including The Art of Caricature and Actors as Artists. He died from pneumonia on January 13, 2017 at the age of 85. 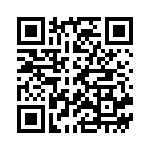